When buying a cockatoo there are many important factors. The most important is the health of the bird and if the species of cockatoo and the personality of this particular bird fits you. But after that it is important to know the purchase price of a cockatoo. Of course you don’t want to pay more than you should!

The prices are based on the USA. If you are buying an Australian species in Australia, then the prices are MUCH lower. The European and UK prices are pretty similar to the US ones.

How Much Does a Cockatoo Cost?

On average, Cockatoos usually cost between $600 to $1500 depending on species, age, level of training, colors, and breeder. Rare species such as Palm Cockatoos can cost upward of $16,000!

The Price of a Cockatoo and Its Age

The age of the cockatoo is a strong determinant for its price. A very young baby cockatoo is often cheaper than a young adult cockatoo because it takes a lot of work to raise the baby. If you buy it as a baby, you will take all this work on you and this will save the seller valuable time. You also take all the responsibiliy and risk on you, because of the baby cockatoo gets sick you will have to pay for the vet. A baby cockatoo is much more vulnerable than an older cockatoo.

The price of a young adult cockatoo is the highest of all the ages. A cockatoo that has just been weaned of its formula is young, strong and usually still a pretty docile and sweet animal. Buyers like that and pay a good price for it. As the cockatoo gets older it will generally become less expensive over time. Because it develops problems, it won’t live as long any more or because people want to get rid of their pet when it starts to become louder and more assertive. Only cockatoos of breeding age of popular species can still increase in value if a breeder want to buy it.

Low Price Because of Behavioral Problems

If you find an amazingly good deal on a cockatoo, you should be beware that it could mean the bird has some behavioral problems or health problems. Of course this does not happen all the time. Sometimes a low price just means the owner was not sure what to charge or wants to find a good home for the bird instead of a well-paying new owner.

If you encounter a very low price and decide to buy the cockatooo, always ask for a written declaration of health and visit the cockatoo at least two times with its current owner. By visiting twice or even more you can asses the different moods of the cockatoo better and could find out if it has some behavioral issues like excessive screaming, aggression or anxiety.

Its clear that a professional cockatoo breeder or seller needs to make a profit. Keeping cockatoos and selling them is his job. This has some advantages for you as a buyer, because a business will probably generally provide more information, more customer care, more guarantees and are easier to contact later if something is wrong. The other side of the medal is that the prices of commercial cockatoo sellers are higher than the prices of hobbyists or pet cockatoo owners. If someone is selling their pet cockatoo, they are often looking for a great new home for their pet and not for the highest bidder. They want to get a fair price for their bird and prevent the buyer from reselling the cockatoo at a much higher price, but they do not need to make a profit. If you have the time it will be cheaper to buy a cockatoo from a hobbyist or private person than from a business. Do take the time to look for someone you trust and who will take the time to show you the bird, talk to you about the birds habits and personality and will be available for any questions down the road.

Different types of cockatoo have different prices. That makes a lot of sense, because some species are just much easier to breed than others. If you take a closer look, usually the larger species of cockatoo are more expensive than the smaller ones. The Australian species also tend to be a bit cheaper than the island species, mostly because they are not rare. Of course there are exceptions to these rules. Let’s see, what are the prices of the most common cockatoo species? 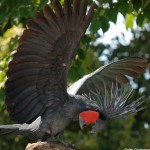 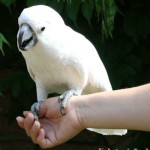 The umbrella cockatoo is one of the popular big species of cockatoo. Breeding success in captivity is pretty good, making it a common species to find in pet shops or with pet owners. Because of this the prices vary a lot. An umbrella cockatoo will go for anything between $1000 and $3000 USD. 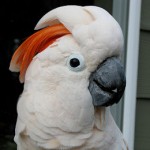 Like the umbrella cockatoo, the Moluccan cockatoo is also a common and popular cockatoo species in the United States. In nature it is rare, but in captivity the breeding efforts are successful. In most parrot pet shops you could find a Moluccan cockatoo. There are also a lot of pet owners looking for a new home for their M2 cockatoo. The price is a bit higher than for the umbrella, usually around $1400 and $3500 USD. Of course you can find large variations on this depending on the birds age and commercial focus of the seller. 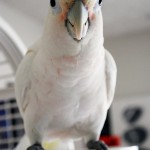 The Galah cockatoo, the pretty pink Australian species, is also a small species than can be bred pretty easily. That’s why the Galah cockatoo is not that expensive. You could find a Galah cockatoo for $700-$2200 USD in the US, depending on age, temperament and who is selling it. In Australia this species is actually really cheap as it is a very common bird there.

More Than Just the Price

Of course the choice of which cockatoo to buy should not be determined by its price. You want a pet because you think you will enjoy it. So go for the species and the individual bird that will actually fit with your needs. A cockatoo is already very expensive to keep, so the purchasing price will not be the biggest determinant of the cost.