This bird has white feathers, with a yellow crest and a yellow patch under the wings. Some subspecies of this species have an orange or yellow patch on their cheeks. The bill and feet are black. 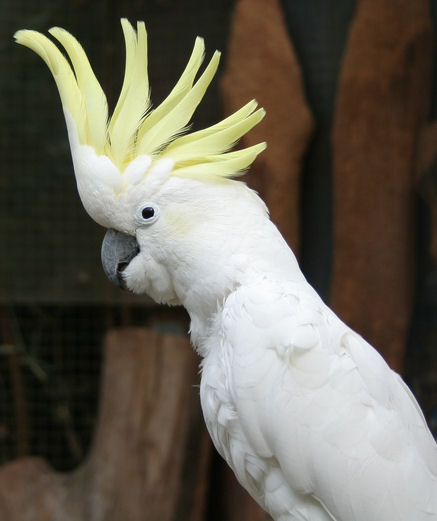 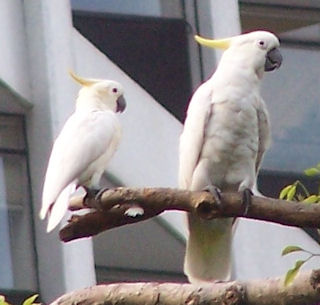 The Lesser Sulphur-Crested cockatoo occurs in nature on the islands of Indonesia (e.g. Sulawesi, Sumba and others). They live in tropical forests and on the edges of this forest.

This is a very popular species of cockatoo to be kept as a pet. They are intelligent, learn tricks easily and can get really affectionate. Just like all cockatoos, they can make very loud noises, need a lot of attention and like to bite in furniture or other things they can find.  They can learn to imitate speech, but not as well as some parrots.

Go back to previous page: Sulphur-Crested Cockatoo
Go to next page: Little Corella