Every species of cockatoo has it’s own natural habitat, depending on the country where the species occurs. No species is alike, and even populations of the same species can live in slightly different habitats. Here you will find a general description of the surroundings of wild cockatoos. The Australian cockatoo species generally live in very large groups and stay in the open field a lot, while the other species generally live in smaller groups and spend more time in the canopy. 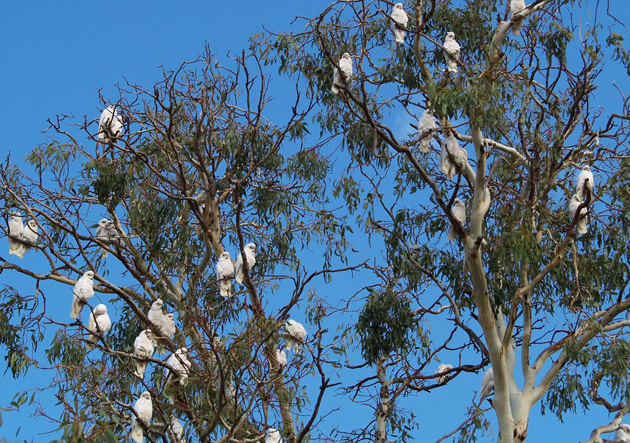 The cockatoo species that are living in Indonesia live in tropical or subtropical forests or on the edges of these forests. These species are for example the Umbrella cockatoo and the Moluccan Cockatoo. Species from Australia are mostly seen in open fields and only use trees to nest and sleep in. The most known species of Australia are the sulphur crested cockatoo and the corella species.

All species of cockatoo make a nest in the hollow of a tree. They do not make this hole themselves, but find existing holes. When a hole suits them, they will change the size of the opening to make it more suitable. Even though most cockatoo species live in large groups, the nests can be spread out on a very large area.

Text continues below ad
Go back to previous page: Difference in sexes
Go to next page: Natural behavior